CETA: "These are at best cosmetic modifications" 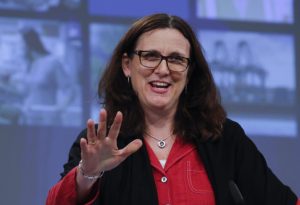 The Swedish commissioner managed to breathe life back into stalled trade talks with Canada by forging a personal relationship with a key partner in its new government. Together, they came up with a palatable alternative to a controversial clause that’s designed to protect foreign investors — which critics, particularly on the European left, see as an unacceptable sop to big business.

If the Comprehensive Economic and Trade Agreement (CETA) gets adopted, Europe can expect to boost a trade relationship with Canada worth nearly €60 billion. The EU is also in a potentially stronger position to negotiate deals around the world, including the Transatlantic Trade and Investment Partnership (TTIP) with the U.S, which both sides want to conclude by the end of this year.

“You can’t underestimate how important it was to get Canada on board,” said Godelieve Quisthoudt-Rowohl, an MEP from the European People’s Party. “Even though negotiations with the U.S. will be tougher, this clearly sends a strong message.”

Negotiations on the EU-Canada trade pact were officially concluded in 2014, but the deal was held up by the disagreement over the legal mechanism that would give companies the right to sue governments over legislation they claim harms their investments. Critics of the existing deal said it was “shadow justice” for foreign investors to have a say in the nomination of the arbitrators to trade dispute panels, and objected to the fact that rulings could not be appealed.

Malmström — backed by EU powerhouses Germany and France — pitched a revamped version of the dispute resolution system last September, seeking to respond to critics with a structure that’s close to traditional courts: a permanent body with 15 independent judges, public proceedings and an appeals mechanism.

Two-and-a-half months later, Vietnam was the first country to accept Malmström’s court proposal in its trade deal with the EU. Last Monday, following two “breakthrough” meetings between Malmström and her Canadian counterpart in Nairobi and Davos, Canada followed.

“For the Commission, this is a big success,” said Nikos Lavranos, secretary-general of the European Federation for Investment Law and Arbitration. Initial skepticism about Malmström’s proposal was overcome in just a few months and sold to the Canadians, he added. “That’s a strong signal.”

Malmström intends to integrate her court proposal in trade deals all over the world, from Mexico to China, and then fuse them under the umbrella of one big, multilateral court. “This is going to be the Commission’s approach in all [trade] negotiations,” she said last week.

By summer, Malmström wants to convince the U.S. to include her trade court proposal in the TTIP talks. Washington has so far reacted with deep skepticism to her ideas on so-called investor-state dispute settlement (ISDS). The main U.S. objections are to the permanent court structure and the appeals mechanism, which Congress will likely to reject out of hand.

“The U.S. will never accept the Commission proposal just as Canada did,” said Christofer Fjellner, an MEP from the European People’s Party.

“Now is the time in the 21st century to reform the dispute resettlement system. We want to be the global standard-setters for trade deals” — Canadian International trade Minister Chrystia Freeland.

MEP Marietje Schaake from the Alliance of Liberals and Democrats is more optimistic: “Whenever I go to the U.S. I hear more criticism of ISDS there too,” she said. “I believe it is our duty to find a global solution. The current standard is rusty.”

Even if a reformed dispute resolution mechanism isn’t in the U.S. deal, Brussels now has a workable template that can be applied to most other trade deals on the table.

This breakthrough was made possible by last October’s surprise electoral revolution across the Atlantic. Liberals came into power in October’s vote, giving Malmström a partner in Ottawa.

“Now is the time in the 21st century to reform the dispute settlement system,” Canada’s new trade minister, Chrystia Freeland, told POLITICO. “We want to be the global standard-setters for trade deals.”

Although negotiations on the CETA between the EU and Canada had been concluded before Malmström moved to the Commission’s trade portfolio from home affairs, NGOs remained skeptical about the clause on investor-state disputes, with Corporate Observatory Europe continuing to call it dangerous.

Cecilia and I developed a great relationship…. We are both women, born in the same year, we’re both having kids and families, and we’re both liberal.” — Freeland

When a public consultation in January 2015 showed that a large sector of the European public rejected the tribunals, the new trade commissioner hit the brakes. However, any revision of ISDS came with a catch: Renegotiating one part of the treaty would re-open the whole negotiation. Brussels knew Canada could demand concessions too, and the whole deal could be further delayed — or fall apart.

The Commission decided to use a fine-tuning process known as “legal scrubbing.” Normally, this involves lawyers removing ambiguities in the language, or typos and other inconsistencies. This time, it went much further.

“They called it legal scrubbing, but what they really did was renegotiating the section on investment protection,” said Marc Bungenberg, a law professor at Saarland University and an international expert on investor-state arbitration.

“I have never seen anything like this before, but to the big surprise of most, it worked,” he said. “The Canadians accepted the EU’s demands without making counterclaims and reopening the whole deal.”

The arrival of new Prime Minister Justin Trudeau provided “new political impetus,” in the words of MEP Sorin Moisă from the Socialists & Democrats group, who has closely monitored the trade deal from the European Parliament. “This would have never ever happened under the old government,” said Moisă.

In early December, a month after the new government was installed in Ottawa, Canada’s chief trade negotiator Steve Verheul still had basic doubts about Malmström’s court plans — and linked them to the current negotiations for an EU-U.S. trade deal. “If we were to be asked to sign on to a proposal that we know is going to end up in a much different place, if a final agreement is reached [between the EU and the U.S.], we find that would a bit unfair,” he said back then.

But a first personal meeting between Canada’s Freeland and Malmström at the World Trade Organization forum in Nairobi later that month “was a breakthrough,” in the words of Freeland. “We found a common ground.”

Agreeing on the common treaty language in detail, however, took “many weeks and hours” of fine-tuning, Freeland said.

During that time, Freeland and Malmström found common cause over more than just trade.

“Cecilia and I developed a great relationship,” she said. “We are both women, born in the same year, we’re both having kids and families, and we’re both liberal.”

At a second personal meeting in Davos, Malmström and Freeland agreed to speed things up by setting a deadline. “Cecilia and I decided that we would try to get this done by mid-February,” Freeland said, adding that this target was only slightly missed.

“In January, after Davos, we had the real breakthrough with the Canadians,” said a European source, speaking on condition of anonymity.

Then last week, coinciding symbolically with the 12th round of TTIP negotiations in Brussels where Malmström’s arbitration reforms were also up for discussion, Canadian negotiators visited the Commission to finalize the deal.

“Things were ironed out until the very last day. The final weeks were decisive,” said Moisă.

Brussels now has ammunition to counter the left on dispute resolution.

Malmström has to overcome a mixture of opposition and indecision in the European Parliament. While center-right and liberal lawmakers largely backed the Canadian free trade deal and Green and far-left politicians adamantly opposed it, a large group in the middle was on the fence. There was a risk they would join forces with the left and block it.

Leading lawmakers from the Socialist & Democrats group bristled at what Socialist MEP Bernd Lange called “completely outdated” provisions for investment protection, which are already integrated in some 1,400 trade and investment deals of individual EU countries, and were also — with only minor improvements — included in the EU-Canada deal.

Malmström’s reforms seem to make the agreement palatable to many Socialists, including Lange, who remarked last week: “It’s encouraging to see this outcome.”

His S&D colleague Moisă went further, saying the changes “fulfill to a huge extent the demands of my own political group.”

Some Socialists, however, remain critical. “Unfortunately, these at best cosmetic modifications … are largely insufficient to change the profoundly anti-democratic nature of the agreement,” said MEP Emmanuel Maurel. “If my first analysis proves to be true, I will do my very best that the Parliament rejects this text.”

Winning the support of the Socialists could not only be crucial for approving the deal in the European Parliament, but also for ratification by the 28 national parliaments of the EU, which may be a demand of the Council: In Socialist-run France, Minister of State for Foreign Trade Matthias Fekl has already demanded that the deal be submitted to the national parliament.

“So far, critics could easily raise skepticism, calling the system nontransparent and dangerous,” said Rory Mcrae, a partner at the public affairs agency gplus who specializes in trade issues. “The deal with Canada allows the Commission to counter this narrative.”

One question that lawmakers in the European Parliament but also Commission officials are now raising is whether it is worthwhile trying to apply Malmström’s magic formula retroactively, such as in the trade deal with Singapore which was finalized last year and contains old-style investor protection clauses.

“We do not expect any re-opening of the text as doing so would inevitably unravel the balance of benefits struck between Singapore and the EU,” said Darryl Leong from Singapore’s diplomatic mission to the EU. 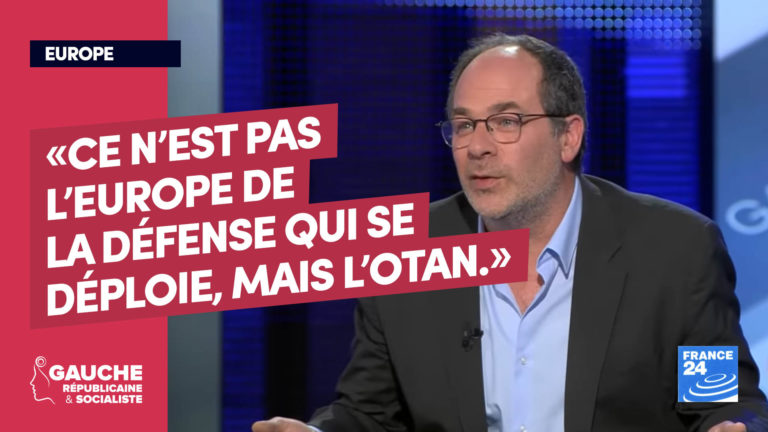 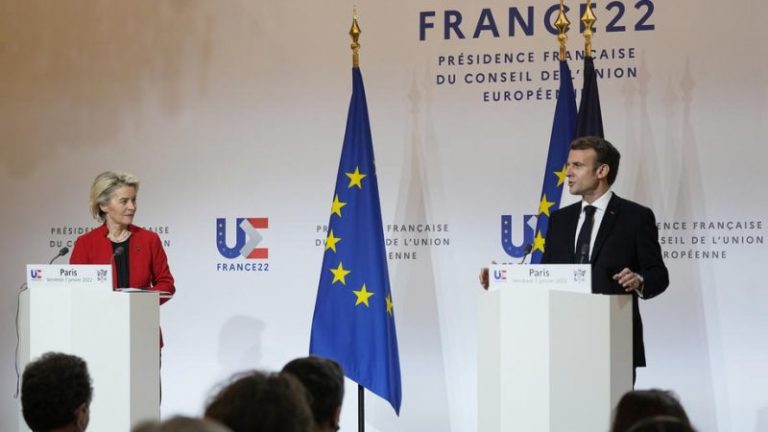 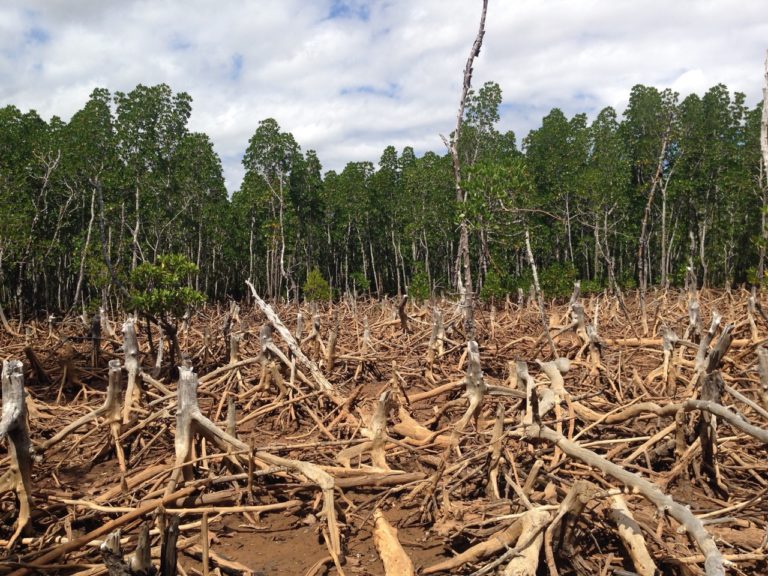